Discipline – The Cure to Laziness 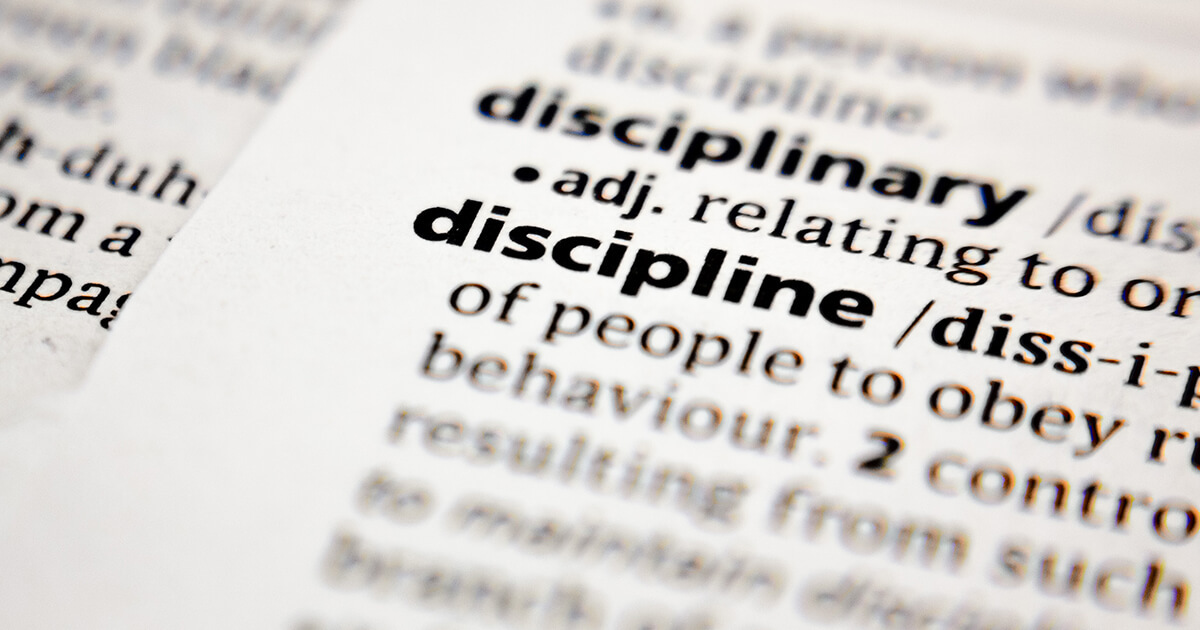 Since the beginning of time life has made examples of seemingly ordinary people who have achieved extraordinary things. History is saturated with stories of individuals who have superseded all expectations and left lasting impressions in the hearts and minds of their followers. Take Arnold Schwarzenegger for example: “He was so dedicated as a youngster that he broke into the local gym over weekends in order to train even when it was closed,” according to his Wikipedia biography, and it was this discipline and dedication that led to him winning the Mr. Universe title at the age of 20 and 7 Mr. Olympia titles throughout his career.

Nelson Mandela is another textbook example of what dedication to a worthy cause can achieve. Former president Mandela is today regarded as an icon of democracy and social justice and was subsequently awarded the Nobel Peace Prize in 1993 due to his efforts in fighting the apartheid regime and aiding in leading South-Africa to a fair democracy.

Have you ever stopped to think what sets these greats apart from the rest? What is the deciding factor between their success and failure? Some might say it’s a calling, and perhaps it is, but what if it all boiled down to something we have control every single day? Something that can be summed up in one word: Commitment.

Commit to your WHY

Whether your goal is to get lean, run a marathon, to quit smoking or just about anything else you can think of, your WHY is the driving force behind the actions required to achieve your goal. The bigger and more meaningful the reason behind you wanting to achieve something, the easier it will become to take inspired action towards achieving your goal.

Let’s use weight-loss as an example as I’m sure most people have tried shedding a few extra kilos in their lifetime. Perhaps you have your sights sets on a leaner, healthier version of yourself due to the fact that your ever-expanding waistline is making it increasingly difficult for you to keep up with your lively kids. Maybe you’re trying to fit into that itty-bitty polka dot bikini just in time for summer. Whatever the case may be, find your WHY and commit to it – fully and wholeheartedly. Once you get 100% clear on your reasoning, excuses like “I am too tired” or “I will start on Monday” or, my personal favorite, “I don’t have enough time”, will stop existing in your vocabulary. Simply put, if you want it bad enough, you will make it happen – no matter what.

“A Journey of a Thousand Miles Begins with a Single Step”
Anyone who has achieved anything significant can attest to the fact that lasting success does not happen overnight. Achievement starts with re-evaluating and changing the little things you do on a daily basis that are not conducive to your personal growth and development. Losing 10 kilograms might seem like a difficult (even impossible) feat for some, but if you start by changing the daily habits that have attributed to you gaining all this extra weight in the first place, you will soon form new, more goal-supporting habits. Wake up and hour earlier each day, commit to going for an afternoon walk, or take the stairs instead of the elevator. Hitting these “little” daily goals create the virtue of commitment/ self-discipline and boosts your confidence, enabling you to take on bigger, more challenging tasks next time. Before you know it, you will have a whole itinerary of success-habits to thank for achieving your goal.

In the words of renowned author and speaker Elliot Hulse: “Motivation gets you going, but discipline is what gets the job done.” So many people make the mistake of thinking that motivation alone will get them from where they are to where they want to be. The problem with motivation is that it’s only a short-term solution and short-term solutions have a tendency to fail eventually when you are trying to attain long term success. Have you ever been to seminar or an event where you get to see a motivational speaker take center stage? Before long the speaker has the whole crowd on their feet, clapping and chanting positive affirmations. The energy in the room is electrifying, tangible almost, and by the time you leave you feel as if you can conquer the world. Sound familiar? Being in that high vibration feels great, but the excitement tends to wear off within a few days and that’s when you need to start relying on discipline rather than motivation to drive your actions and get the job done. There will be tough and trying days. There will be days when you feel like giving up, but if you are grounded in your discipline and driven by your WHY, you will find a way to overcome the obstacles in your path and push forward, believing that better days are on the horizon. Winners aren’t motivated. Winners are disciplined.

The Oxford Dictionary describes discipline as follows: “The practice of training people to obey rules or a code of behavior, using punishment to correct disobedience.” It’s the 21st Century – let’s change the narrative. What if we interpreted self-discipline as an act of self-love instead? Immediately it seems less intimidating and, in all honesty, if you love yourself, you are going to do everything in your power to ensure your success and happiness. The only real punishment for lack of self-discipline is the injustice you are doing to your potential. We all want things in life, but 99% of people are not willing to do what it takes to make their dreams work. The Marines have a saying: “Everybody wants to go to heaven, but no one wants to die.” The center of bringing any dream into fruition is self-discipline and we need to learn how to sacrifice short-term gratification in exchange for long term self-respect. To be able to say you are self-disciplined means to display behavior towards yourself that exudes self-love and self-respect. Every day we make decisions that sabotage our future success. It’s pivotal that we recognize these patterns, interject when we need to, and start acting and doing things that are in our own best interest because you DESERVE to be happy. You DESERVE to be successful. You DESERVE to be self-disciplined.

Discipline is for the champions. Be the Mandela or Arnold of your own life and harness your potential by taking control of your life and committing to the things that matter to you. Push through the pain – on the other side is growth. Nothing can stop you if you don’t stop for anything and always remember: Life doesn’t give you what you want. It gives you what you deserve.

We use cookies on our website to give you the most relevant experience by remembering your preferences and repeat visits. By clicking ACCEPT or continuing to browse the site you are agreeing to our use of cookies.

This website uses cookies to improve your experience while you navigate through the website. Out of these, the cookies that are categorized as necessary are stored on your browser as they are essential for the working of basic functionalities of the website. We also use third-party cookies that help us analyze and understand how you use this website. These cookies will be stored in your browser only with your consent. You also have the option to opt-out of these cookies. But opting out of some of these cookies may affect your browsing experience.
Necessary Always Enabled
Necessary cookies are absolutely essential for the website to function properly. These cookies ensure basic functionalities and security features of the website, anonymously.
Functional
Functional cookies help to perform certain functionalities like sharing the content of the website on social media platforms, collect feedbacks, and other third-party features.
Performance
Performance cookies are used to understand and analyze the key performance indexes of the website which helps in delivering a better user experience for the visitors.
Analytics
Analytical cookies are used to understand how visitors interact with the website. These cookies help provide information on metrics the number of visitors, bounce rate, traffic source, etc.
Advertisement
Advertisement cookies are used to provide visitors with relevant ads and marketing campaigns. These cookies track visitors across websites and collect information to provide customized ads.
Others
Other uncategorized cookies are those that are being analyzed and have not been classified into a category as yet.
SAVE & ACCEPT
Book a Virtual Showroom Tour